Back to Strawberry Narrows

Last August we did an overnight bikepacking trip to the great Strawberry Narrows trail at Strawberry Reservoir. On that trip we had an epic storm with heavy rain and winds. Because of that, we didn’t ride the whole trail, just the first seven miles to the campsite. That report is here:

This time it was Bullet and his son Harrison and my son Lars and I. The boys had skinny tire mountain bikes and us old guys were on our fatbikes, as usual. We got a late start, not leaving the valley until about 4 pm. We were on the trail by about 5:30 or so. The plan was to ride the seven miles into the only practical campsite along the trial, set up camp, then do a night ride out to the end of the trail and back to the campsite for the night.

The Strawberry narrows in the background 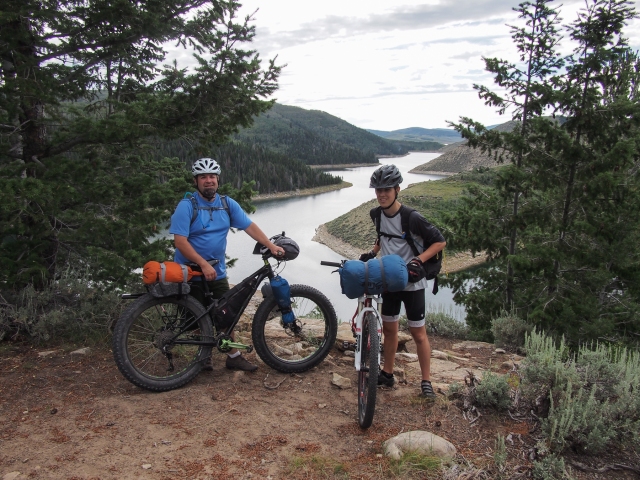 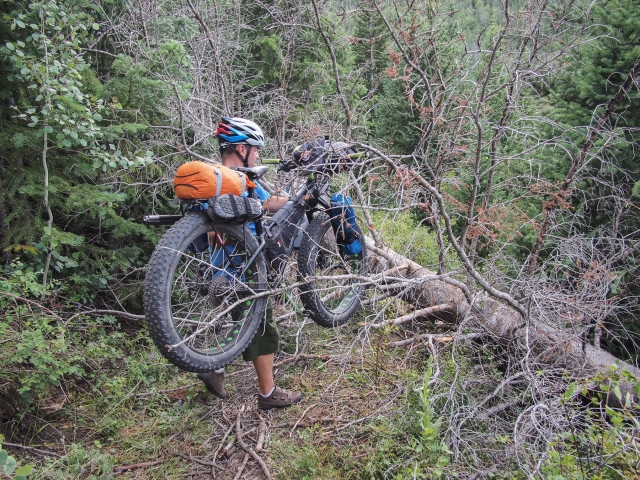 The trail traverses pretty steep hillsides for the first 8 miles. As such there is really nowhere to camp except at the one established campsite. Unfortunately, when we arrived at the campsite, it was already taken by some boaters. We decided to keep riding out to the end of the trail at Renegade Point where there is an official campground. The riding was pleasant and the evening was comfortable. After about 8 miles the trail gently climbs up and out of the “narrows” and opens up into wide sagebrush and meadows full of wildflowers.

Four miles later we came out on a dirt road that turned into a paved road. The campground was a big disappointment. They wanted $20, (none of us had any cash), and it was one of those campgrounds that caters to RV’s, so each site had a concrete pad, picnic table, and a paved place to park your rig. Nowhere to pitch a tent, especially if it is not freestanding (which ours weren’t). We rode back to the trailhead and took a break and ate some food and talked about what to do. 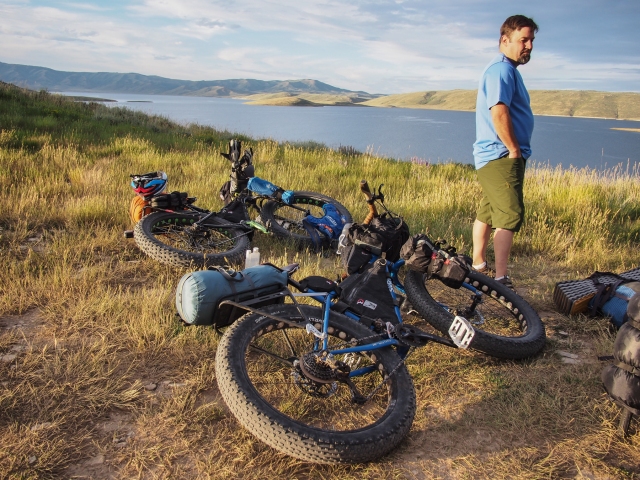 End of the trail at Renegade Point

In the end we headed back down the trail. We probably could have camped out in the meadows somewhere, but we would have been quite a ways from the water and the grass was pretty tall. The sunset was spectacular and we enjoyed riding in the cool of the setting sun. I stopped frequently to take photos. 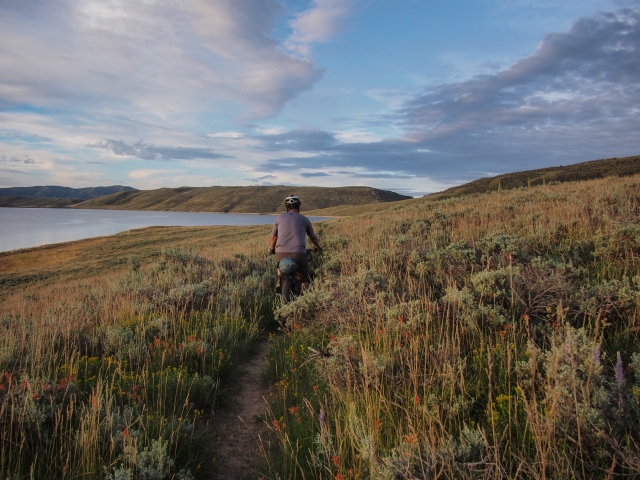 Heading back toward the narrows 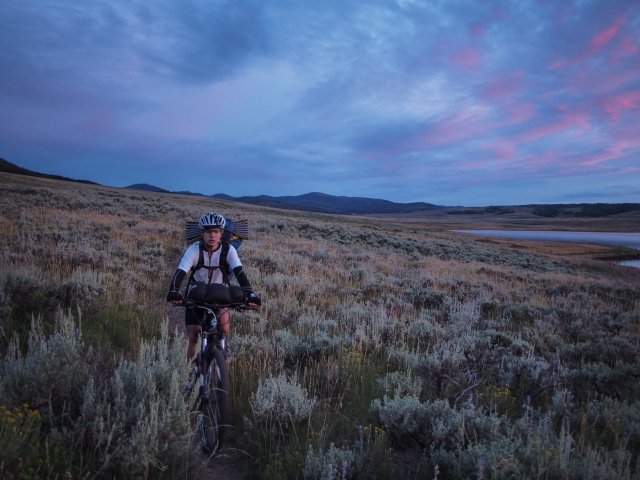 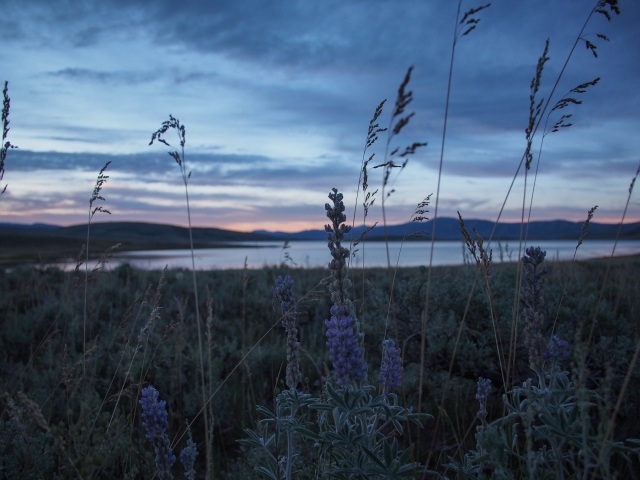 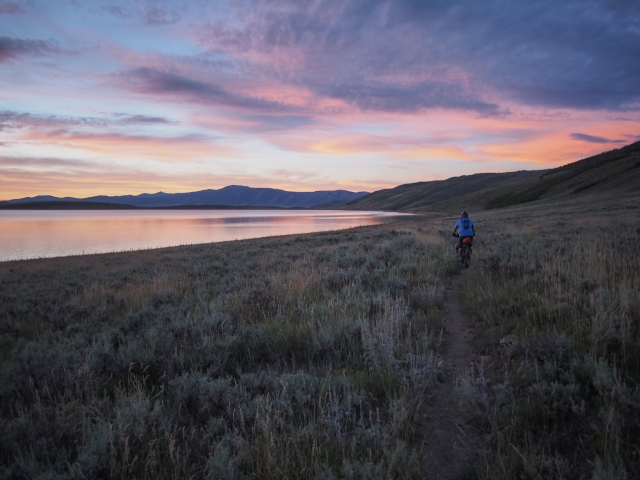 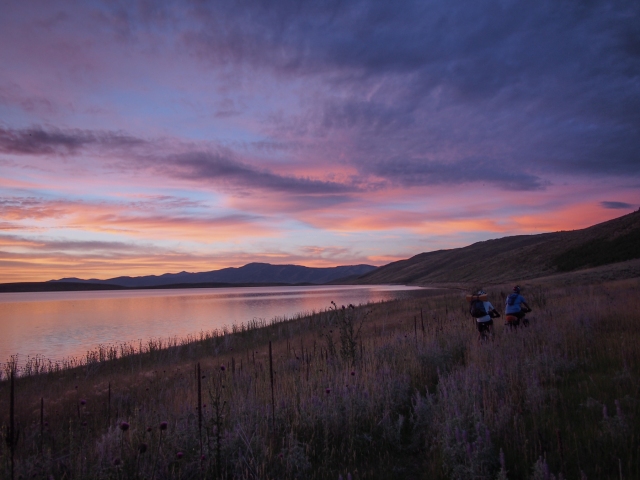 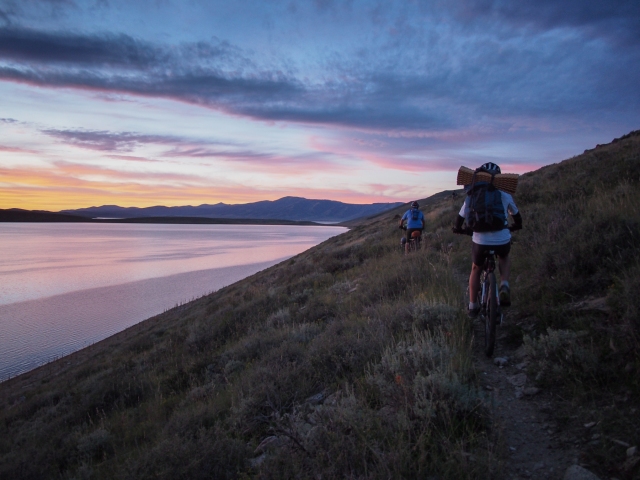 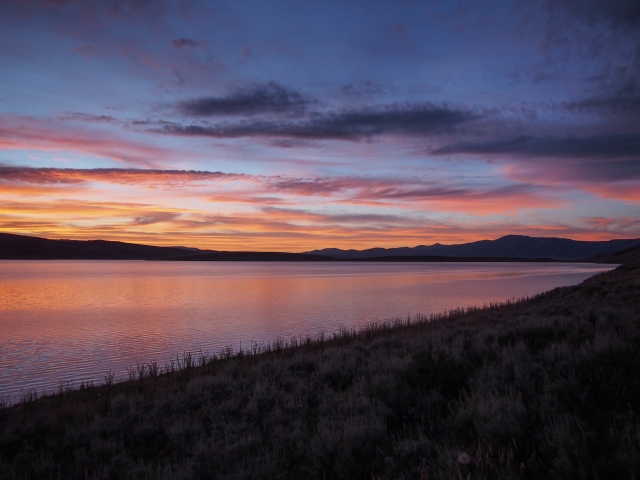 Time to switch on the lights

After about 4 miles, we switched on our lights and continued on. I enjoy night riding as you tend to get into this zone, surrounded by a tunnel of light. At this point, we had ridden the whole trail and were no longer in the mood to camp, especially since there really was not a decent place to camp, except at the other end of the trail where we had parked. So we just rode it out and went home, arriving at about 12:30 am.

We were all pretty beat, but had enjoyed the ride, even if we didn’t get to camp out like we wanted to. Strawberry Narrows is a great trail and I highly recommend it. We probably won’t try to camp there again, as it is pretty risky with only one campsite. We thought that since it was a Monday night, we wouldn’t have any competition.