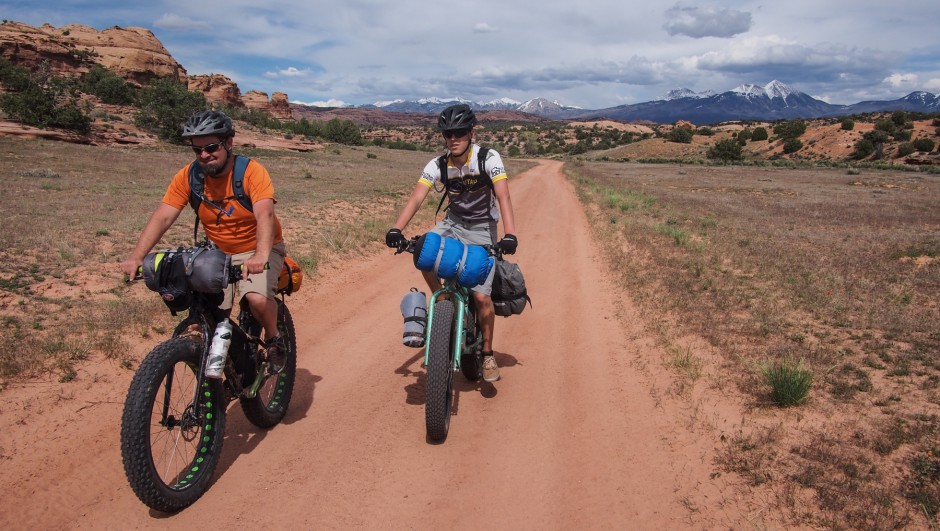 First Snow of the Season

Outside of a few years of ice climbing I’ve never been much for winter sports. Perhaps growing up in the San Francisco Bay Area played into that a bit. So finding myself anxious for the snow this year was unusual. We have had the warmest fall I can remember in my more than 20 years here in Utah. The fall riding has been spectacular this year but I have been itching to get on some snow.

Last week Mother Nature finally flipped the switch. Temperatures dropped and a storm moved in that blanketed the mountains with several inches of snow. Saturday afternoon we loaded up the Farley and the Boris and my son and I headed to Round Valley in Park City. The Professor had just returned from a foreign excursion so he wasn’t there to take any of his spectacular photos. We will have to do with a couple shots from the phone camera.

The Round Valley trail system is right off the first Park City exit as you come out of the Heber Valley. We have been racing there with the NICA high school league for the last few years and have loved the trails there. They are well built and maintained by the city. When the snow flies they groom several sections for cross country skiing and have welcomed fatbikes on the trails as well.

When we arrived there was about 4 inches of snow on the trails. There were a good number of runners, hikers, and fatbikes out on the trails. Many of the trails were getting packed out nicely by all this traffic. The snow was just deep enough to pack out without revealing the trail beneath it. We did encounter a few sections of exposed trail but not many. Conditions were as near perfect as they could be for a first snow ride.

I stopped at one point and chatted with a couple of guys riding Salsa fatbikes that were a few years old. They had been riding these winter trails for a few years now and commented on all the new fatbikes they had seen on the trails this afternoon. When they started snow biking the only brands you would see on the trails were Salsa and Surly. We have all seen the fatbike scene explode with new bikes, tires, wheels , and hundreds of other new parts and accessories.

In addition to this being our first snow ride of the season, it was also the first snow ride for the Motobecan Boris X7 and my new Bontrager Hodag tires I’ve been testing. There will be a more detailed review on both later but I can say for now that they both performed very well. The Hodag is looking like it will be an excellent tire for every condition. The only concern I had for the Boris on this ride was the Vee Tire V8 tires but they performed relatively well other than some of the steepest sections where the tread just wasn’t deep enough to get the needed traction. Not bad for a tire designed for dirt riding but we will be putting on a better set of tires for the snow.

This season is shaping up to be the best yet. Looking at my calendar I find myself having to choose between which fatbike events, rides or races I want to be involved with because there are literally too many to choose from. We will try to keep you posted on these events as well. So dust off the winter gear and enjoy the crispy crunching sound as you break trail through fresh snow.