Last Saturday, December 21st, the Fat Bike Brigade (minus Doc who was out of town) joined with Jake Weber of Epic Biking in Saratoga Springs (UT) for a group fat bike ride. We met at the Park and Ride at the mouth of American Fork Canyon, then carpooled up to Tibble Fork. We had nine riders, four of whom were on rented Surly Moonlanders from Epic Cycling. Mike from Utahmountainbiking.com in Lehi was also there with another guy on a rented Puglsey.

Taking a break at the turn off to Forest Lake. 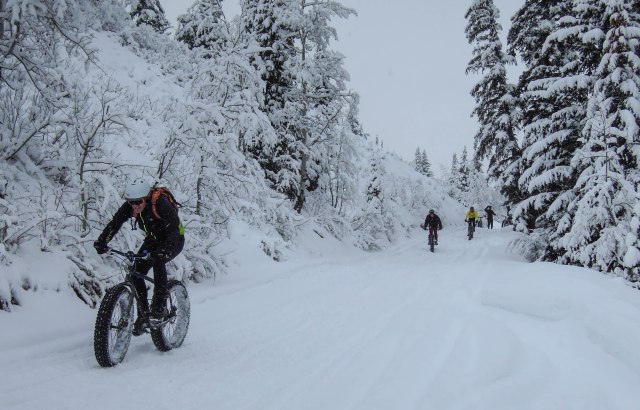 The goal was Forest Lake. Conditions were pretty good lower in the canyon but got progressively difficult with loose mushy snow up higher. There had not been much snowmobile traffic. On the way up we passed two other fat bikers on their way down. They intended to join our group but when we were late they took off. We got as high as the turn off for Forest Lake before we decided to turn around. Too much hiking in the loose snow and not enough riding. We had a nice time. Riding in a group like that is especially nice for the slow guys as the faster guys pack down the trail a bit.

I thought 4″ tires were more than adequate, before I had not ridden in deeper snow. Now I know what all the fuss is about with 5″ tires. Better flotation + better traction = more fun. It is pretty common to see fat bikers on the local trails around here in Utah Valley. Fat biking is certainly catching on. 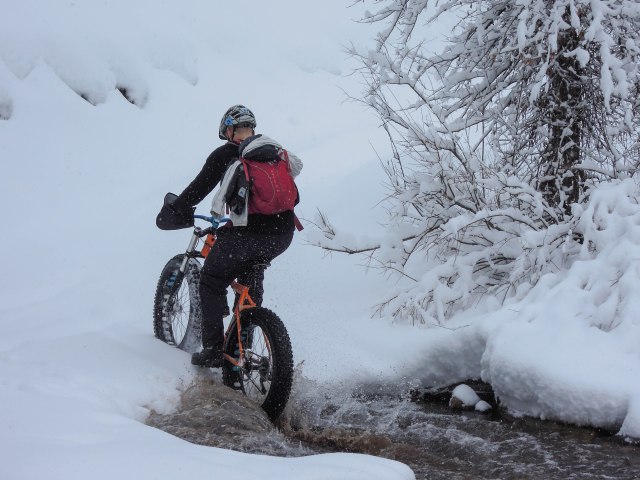 Alex showing us how to cross a cold creek, on his 9:Zero:7 with Bud and Lou tires. 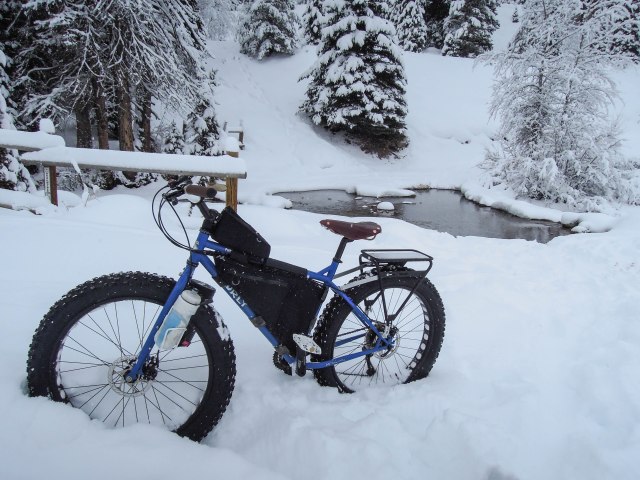 Alex made an excellent video of the ride, here:

← Riding in the snow is hard work!
The Littlest Fat Biker →